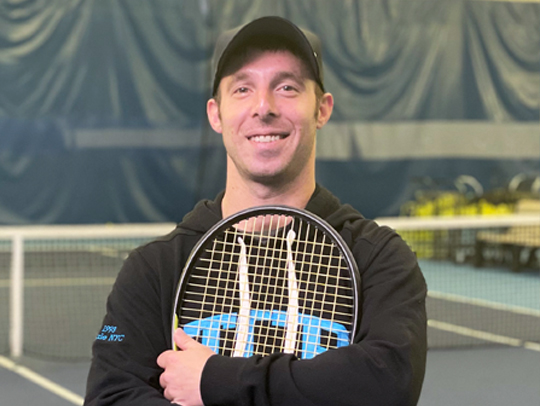 Coach Alex Altman competed in both USTA eastern sectional and national tournaments as well as the Easter Bowl. Alex achieved an eastern section ranking of #20 and national ranking of #275. Alex played D1 Tennis for Quinnipiac University starting at #3 singles and #3 doubles. He helped QU finish 65 in the country in 2004, going undefeated in conference. Alex was named first team all-conference in singles for two straight years and named QU Athlete of the month in April, 2004. Alex also earned an atp point by qualifying for an atp challenger.

Alex has coached players ranging from High Performance to beginners, notably working with Samir Banerjee, last years junior Wimbledon champ, and Michael Zheng #1 Usta 18u. Once a student at TCR himself, he is thrilled to be back and share his love of the game.