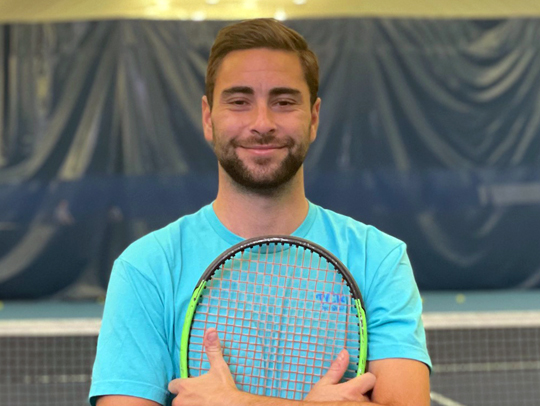 Guillermo was born in Spain and played competitively in the U16 and U18 national circuits. In 2012 he played for the winning U16 Spanish National Team. In 2013 he won the Play de Madrid U16 and Head Circuit U18 regional. In 2015 he claimed the La Alameda Senior Regional title and was ranked top 30 in U18 and top 200 in the men’s national.

He moved to the US to attend Middle Tennessee University and in his freshman year made it to the finals of the Georgia Tech Invitational and Steve Baras Fall Classic.

After graduating with a degree in Business Administration from St Francis in Brooklyn he is studying for his Masters at Baruch College and coaches tennis at TCR.