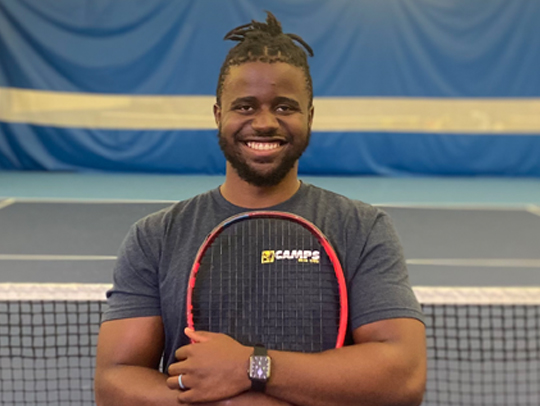 Coach Joyce Kamdem was born in Cameroon, Africa where he started playing tennis at the age of 4 years. He began his competitive tennis journey when moving to the United States at the age of 8 years and has been competing and coaching ever since.

Joyce played in the Juniors division and reached a UTR of 11.4. He was recruited and played colleg tennis at University of Tennessee Southern.

Joyce is a devoted husband and father, always putting his family first while stewarding his love for tennis and teaching into his careers.