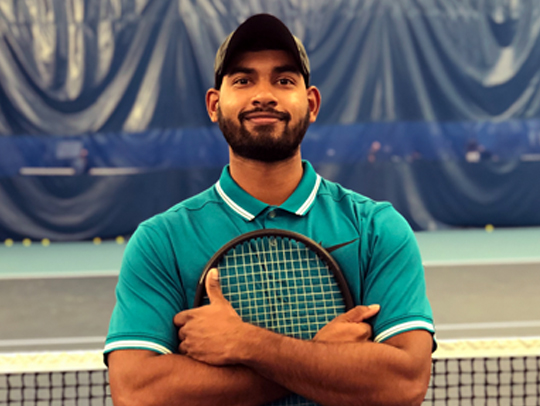 Born and raised in New York, Kiran was the captain of the Dobbs Ferry High School tennis team, and won the NY State D1 Sectional Doubles Title as a freshman. He was recruited by North Carolina at Greensboro as one of the Top 20 recruiting classe in NCAA tennis 2012, and was ranked #75 in Division 1. He continued to play competitively after school and won Doubles Championship at Middlebury ITA Summer Championship in 2015.

After working with many students at Centercourt, who are now on the WTA tour, Kiran made the transition to growing junior programs at Stadium Tennis Center in NYC. He will continue to bring his fun and competitive class environment to TCR and continue to make great tennis players.