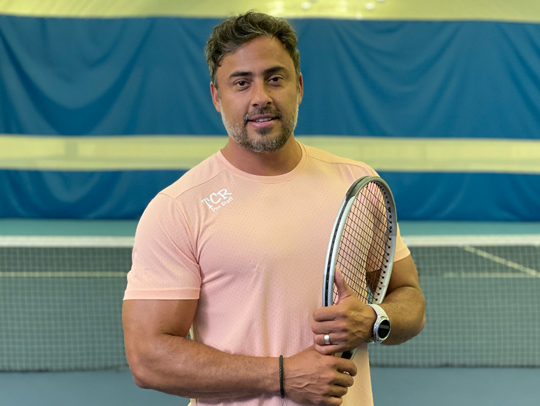 Loui Mirazo started playing tennis at age 8 at his club in Mexico City, and achieved a number 1 ranking within his state winning State, Regional and Sectional tournaments. He won Nationals when he turned 17 and reached top 8 in the prestigious Casablanca Cup ITF becoming top 100 ITF.

He earned a full tennis scholarship in the USA going to University of Evansville in Indiana after ending number 1 in the Nation in Mexico. He transferred to Oklahoma Christian University as their number 1 singles and number 1 doubles player, leading his team to become top 5 in the Nation. He became All American Player and MVP.

He has worked for the past 8 years in the Westchester Area. He has 30 years of playing experience and 15 years in tennis coaching. In addition to tennis , he is certified in Platform tennis and pickleball. Loui has a Mechanical Engineer degree from MSU.