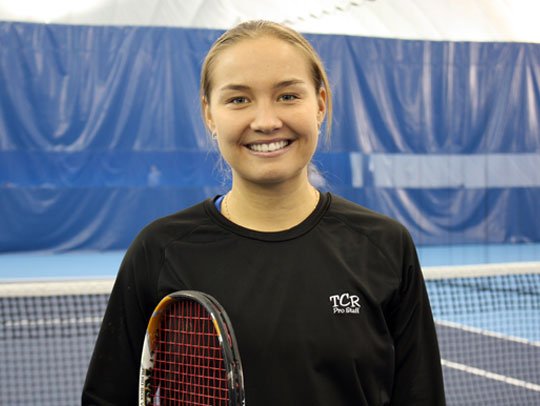 Olga is a native of Belarus, and a lifelong tennis player. Before coming to study in the US she was a professional tennis player in Belarus, achieving National Champion in Doubles in 2008. She coached for the Brestskaya Tennis Federation in Belarus, as well as the Linforder Tennis Club in Germany.